If anyone thought the Victorian businessman and founder of the Hyde Hill polo team, Bernard Roux (Image results for Bernard Roux), has been quiet in the skies recently, there could be an explanation.

The financial crisis appears to have affected not only MFS founder Michael King but also some of the former opponents of his Elysian Fields horse polo team.The French-surnamed entrepreneur's Eurocopter 120B is up for sale after being repossessed by the Commonwealth Bank earlier in the year.A tender for the helicopter has been called by the auctioneer Grays ''under instructions from a leading bank'', after the Roux-controlled Inchalla Nominees was tipped into administration earlier in the year. 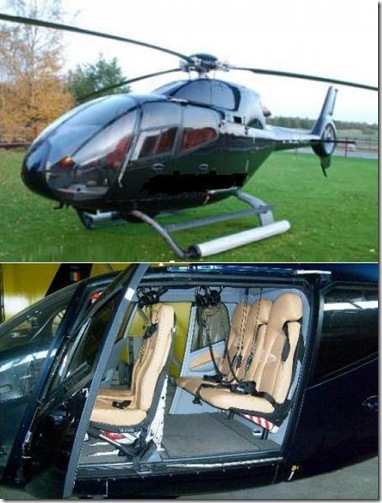 Inchalla had a $1.1 million loan taken out over the chopper. Roux's Hyde Hill polo team often competed against King's Elysian Fields team and even Jamie Packer's Ellerston. Roux runs the finance concern Fleetsmart Australia and often copped a few noise complaints over his helicopter in the cashed-up bayside town of Portsea.

But there seems to be some confusion over the sale of Roux's chopper. One budding buyer in Perth has already infuriated the auctioneer by putting the Eurocopter up for sale on another website. ''He's trying to sell it before he buys it,'' said an irked Grays operative, Denis Matthews, who claimed his sale was being ''hijacked''.But the would-be asset shuffler, Damien Dew, said advertising something for sale that you had not yet purchased was ''not uncommon''. ''I've got someone interested who wants to bid for the aircraft,'' said Dew, who has a $US990,000 ($1.1 million) sale sticker on the chopper. Dew seems to be taking a leaf out of the books of asset flickers such as the now collapsed Babcock & Brown and MFS Limited. His assessment of Roux's flying machine: ''It's like having a M5 BMW. It looks good, but not really.''

Adding to the confusion, Roux told CBD the chopper had already been sold by his company. As for his other business concerns, Roux said: ''We're just progressing on as we normally would.'' A wind-up order against Roux's Fleetsmart was lodged in the Victorian Supreme Court last week